Many people are defrauding people claiming to be Amel Soname magician or Amel Soname Healer and giving out phone numbers, making websites using the words: Amel Soname, creating emails, and social media accounts using Amel Soname . Social media is being used to spoil my name.I am NOT associated with these people who are claiming to be amel soname in any way or with those people who are running spiritual offices and asthana in the name of amel soname.If you have any questions or concerns, Amel Soname does not talk over the phone at all. You can contact amel soname through email ONLY. your questions will be answered on a first come first served basis. No other email address is valid to communicate with me except for amel_soname@yahoo.com.

This is not our website www.amelsoname.com , i am not associated with this site

TACTICS OF THE SOOTHSAYERS 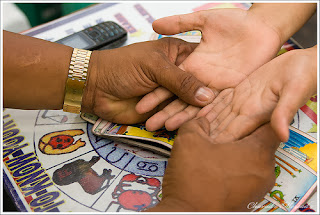 It has been proved that palmistry is neither a science and nor an art because the knowledge about the Unseen is known only to Allah (swt). Hence, palmistry is a form of quackery, which is practiced by some unscrupulous people for making money; by duping gullible people. The palmists and the soothsayers can take the innocent people for a ride mainly in three ways. Firstly, they indulge in guess work. In some cases, the palmists, soothsayers etc connive with some other fraudsters and enquire about the background of the person, whom they want to target. Later on they ask their fraud companions to introduce them to the victim as enlightened mystics. They try to impress their victims by claiming to know everything about them (which they had already enquired through some source or the other). Most people take such fraudsters at face value and get easily caught in a trap by believing the fraud soothsayer to be an enlightened person with spiritual insight.

The third way in which people are often duped by the palmists and other types of fortune tellers has been demonstrated by this hadith:
Some people asked Prophet Mohammad (pbuh) about the fortune tellers. He said, ‘They are nothing! (i.e. liars). The people said, ‘O Allah’s Apostle! Sometimes whatever they say comes out to be true. Prophet Mohammad (pbuh) said, ‘That word which comes out to be true is what a jinn snatches away by stealing and then pours it in the ears of the fortune teller, with the sound similar to the cackle of then hen and then they add to it one hundred lies’.

So basically what happens is that some evil types of jinn try to overhear the angels and they try to steal information about the Unseen future from outside the orbit of the earth. While doing so many of them get hit by meteorites and are killed eventually. If by chance some of these eavesdropping jinn manage to survive then the information which they get about the Unseen future reaches the soothsayers after getting badly distorted. Allah (swt) says in the Holy Quran:

“O assembly of jinn and men! If you have the power to pass beyond the zones of the Heavens and the earth, then pass (them)! But you will never be able to pass them, except with authority (from Allah)! (TMQ-55:33).
So we find that the source of information for all the fraud palmists, soothsayers or psychics are the evil jinn, according to the above mentioned hadith. The information which these soothsayers pass on to their victims is not acquired by years of research, deep study of the subject of palmistry, analysis and experience as they make it out to be. Instead, it is the spoon feeding which the evil jinn do and that too after distortion of facts.
So I guess it is wiser for us to follow the Islamic principles instead of getting too big for our boots. There is a hadith in which Prophet Mohammad (pbuh) said that, ‘I saw Jibreel in the way in which he was originally created in. He had 600 wings and each wing filled the entire horizon (the east to the west as far as the eye could see). Now I wonder that if the wings of Jibreel (as) are so huge that they can cover the entire horizon then we can well imagine how tiny our earth is as compared to the other Creations of Allah (swt) and hence, how insignificant it might be in the Eyes of Allah (swt). Therefore, it is wise for us not to overestimate ourselves and surrender completely before the Will of Allah (swt).

If you have any question contact me directly on my email. No other type of  help support or email support is valid to communicate with me. this is my email address

Remember me in your prayer
amel soname
amel_soname@yahoo.com